The IGBT module is a modular semiconductor product that is packaged by IGBT (Insulated Gate Bipolar Transistor Chip) and FWD (Freewheeling Diode Chip) through a specific point bridge.

IGBT is the core device of energy conversion and transmission. It is commonly known as the “CPU” of power electronic devices. It is applied to converter systems with DC voltages of 600V and above, such as rail transit, smart grid, aerospace, electric vehicles, and new energy equipment.

The packaged IGBT module is directly applied to inverters, UPS uninterruptible power supplies, and other equipment.

3, the characteristics of IGBT modules

Most of the products currently on the market are such modular products, and the so-called IGBTs are also referred to as IGBT modules.

4. Summarize the function and function of IGBT in the simplest language.

5. Why do electric vehicles need IGBTs?

When the battery is discharged, the DC power that is passed through the IGBT is converted into the AC power used by the AC motor, and at the same time, the frequency conversion control of the AC power is performed. Of course, the voltage transformation is indispensable.

6, the working principle of IGBT 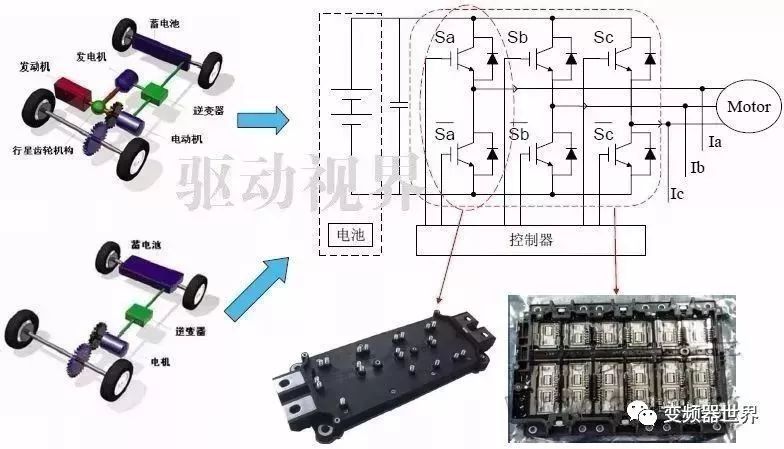 In an electric vehicle, the motor can be regarded as a compressor. The two principles are almost identical.

7, the importance of IGBT in modern transportation systems

8, the importance of IGBT cost

In 2016, the global electric vehicle sales volume was about 2 million units, which consumed about 900 million US dollars of IGBT tubes, averaging about 450 US dollars per vehicle. It is the most expensive part of electric vehicles except batteries.

9. Toyota is the only car manufacturer in the world that can produce its own IGBTs.

It is precise because IGBT is too important, Toyota has determined that the IGBT tube should be completely controlled in the development of the hybrid vehicle. Toyota is also the only auto manufacturer that can produce its own IGBT tube (self-produced, instead of buying other people's wafers and then packaging) ), the Prius has gained a strong vitality and is currently the only strong hybrid vehicle in the world.

11. Infineon has taken over the IGBTs of almost all-electric vehicles.

In addition to Japanese manufacturers, Infineon has swept all the IGBTs of electric vehicles, and Mitsubishi Electric is intoxicated by the high profits of China's high-speed rail. It has almost nothing in the market below 2500V. 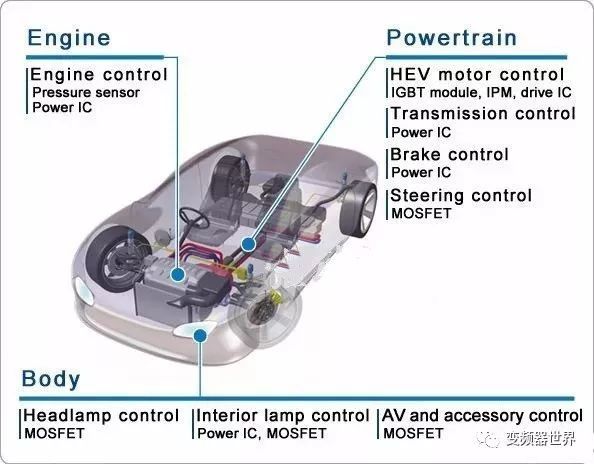 12. Cost of IGBTs used by Tesla

The reason why Tesla uses a single tube is mainly the cost, especially its power is much larger than that of a general electric vehicle. In addition, the design development cycle is short, and a single tube design has to be adopted.

13. Status of IGBTs manufactured in China

IGBT has been developed to 7.5 generations. The 7th generation was launched by Mitsubishi Electric in 2012. The current level of Mitsubishi Electric can be regarded as 7.5 generations. At the same time, the next-generation SiC technology of IGBT has been widely popularized in Japan, regardless of whether it is a large factory-like Mitsubishi. Small factories such as Fuji and Rohm have the ability to easily manufacture SiC components. China is currently at the third generation level, with a gap of more than 20 years.

Since the sixth generation, the potential of IGBT itself has been tapped almost, and everyone has shifted their energy to the IGBT package, which is heat dissipation.

The key to heat dissipation is materials, and material science is a manifestation of a country's basic science. China is very backward in this respect, and Japan is far ahead, not only in Germany but also in the United States.

China's high-speed rail has a good reputation all over the world, and we are proud of it;

China's electric vehicles are also the world's largest market, and are in the ascendant;

However, the pursuit of core technology is still missing. It is not that we can't develop it, but it takes time and accumulation.

This situation is the same as the C919 big aircraft. We do our own overall design and planning, but it does not prevent us from purchasing components globally including engines;

But as long as you take time, I believe that with the cleverness and wisdom of the Chinese, mastering these technologies is just around the corner.